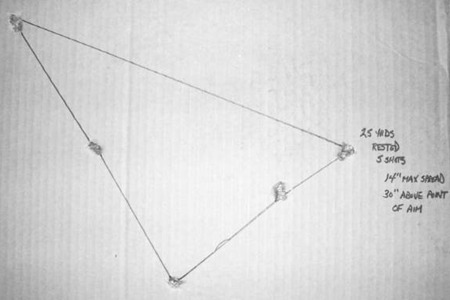 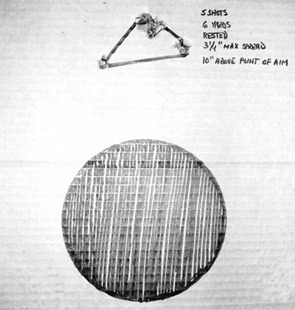 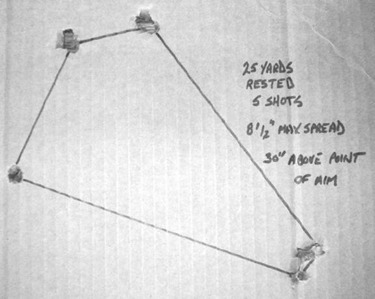 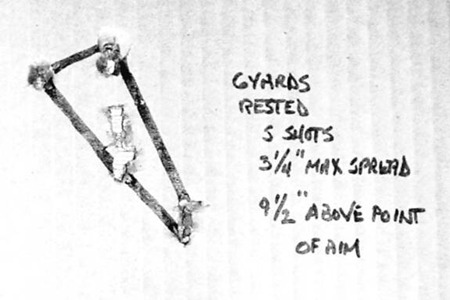 Shooting original pistols today is not just unwise from a safety standpoint.  These are rare guns of significant historical importance and subjecting them to the abuse of firing, and it is abuse in the case of the FP-45, is an inexcusable risk of a very limited historical resource.  In the museum business we used to call this sort of thing consumptive use, and for very good reason.

At twenty yards the point of impact was about 30" high and groups tripled in size from 8-1/2" to 14-1/2" despite my best efforts.  This was clearly beyond the useful range of the original weapon so it comes as no surprise that the replica performed in a similar manner.  A target pistol this is not.