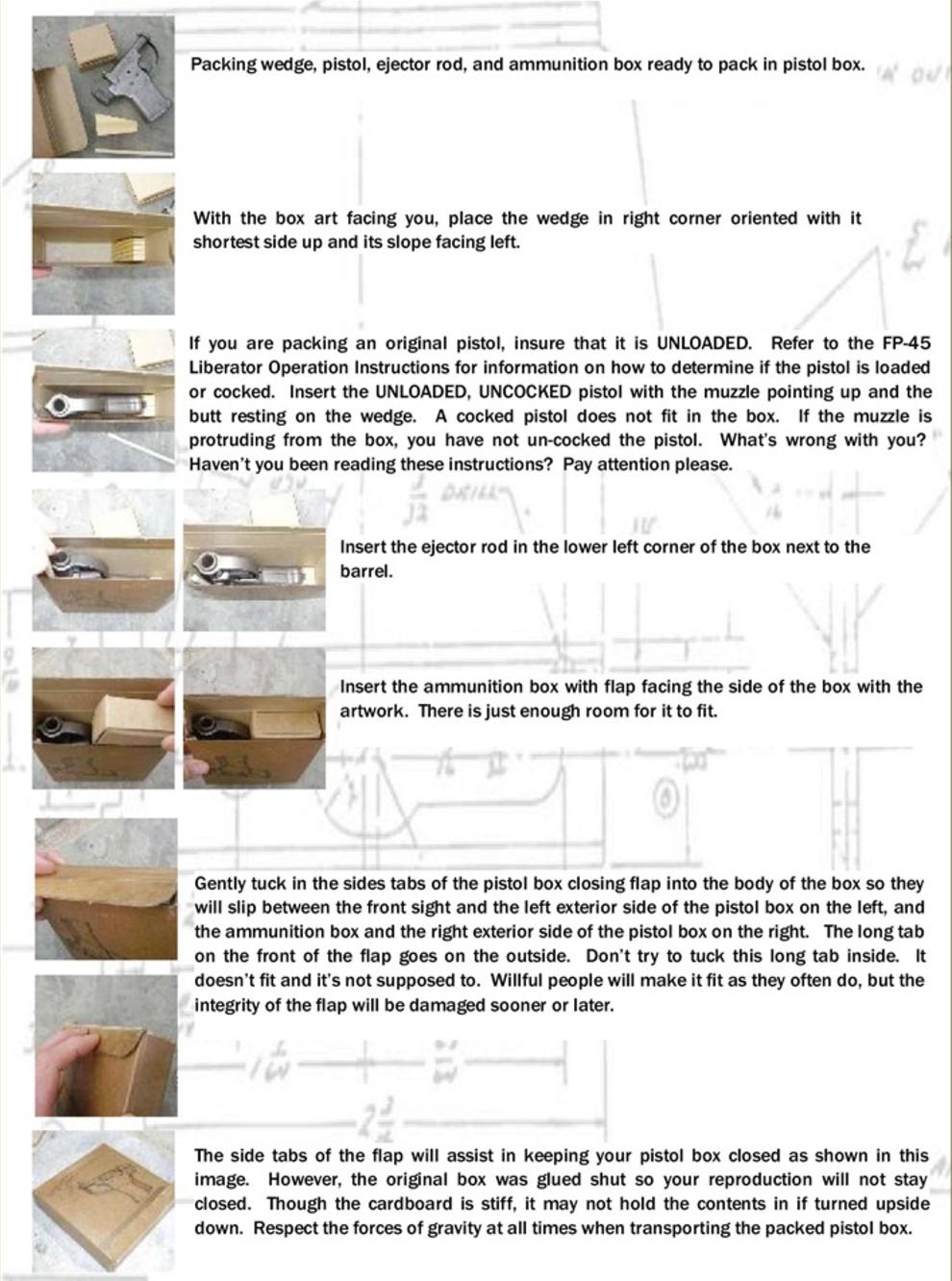 It is not recommended that you store the pistol in the box for extended periods of time as the cardboard will have a tendency to draw and retain moisture on the un-waxed side resulting in rust on your pistol.  You will also notice the wax at the bending points of the flap will turn white and crack slightly as you fold it.  This is not a defect.  This happens anytime you bend something with a rigid wax coating on it.  You could eliminate it and create a “just dipped” look by directing some heat from a hair dryer on the offending edges to re-melt them but this is not recommended.  Eventually it will cause the cardboard to absorb the wax and the bend points will only crack again anyway if it does not.  Take heart though, opened original boxes also exhibit this “white edge” phenomena.